“He remembers what the spiritual visionary, Wallace Black Elk, a Lakota said – man’s scratching of the earth causes diseases like cancer. He meant the mining and drilling for coal, gas, oil, uranium. The scratching brings up the things deep in the earth that should have stayed down there.”
― J.J. Brown, Brindle 24

We were on our way to The Showroom Theatre in Prince Albert. It was a grey day with rain occasionally spattering the windscreen. I looked at the scenery we were passing. The cloudiness lent a strange beauty to the Little Karoo. Narrow, gravel farm roads, red soil, scrubby bushes littering the landscape. It was peppered with Fynbos, Aloe and Protea. Suddenly I remembered reading an article recently about fracking in the Karoo. All of this land of incredible stark beauty will be destroyed! Hold on! Hang on a moment! Whoa! Stop! I needed to find out more about this……

The Karoo, a San phrase meaning ‘Land of the Great Thirst’‚ is bigger than Germany. Yeah, incredible, isn’t it? It is has been captured by well known artists and celebrated by poets for its bleak beauty. But, at the beginning of this year Mineral Resources Minister Susan Shabangu reiterated the government’s commitment to shale-gas exploration – in other words fracking.
What, exactly, is “fracking”?
Fracking, is a process used to extract natural gas  from rock that lies deep underground. Wells are drilled and millions of gallons of fracking fluid injected – a mix of water, sand and harsh chemicals – at a high enough pressure to fracture the shale rock and release the gas.
Millions of gallons of water in the ‘Land of the Great Thirst!’???
It seems that the major argument in favour of fracking in South Africa, is that it could bring much needed economic benefits to the country. According to Shell, developing one tenth of the Karoo for fracking, could generate 200 billion rand per year and create 700,000 jobs.
Sounds wonderful, doesn’t it?
Unfortunately in the Karoo, the majority of the unemployed are also unskilled and are therefore unlikely to receive any jobs needed for the technical drilling operations!
In South Africa we are unable to keep up with the supply and demand for electricity. Just two weeks ago, the whole country was subjected to ‘outages’ when a single cooling tower collapsed onto a conveyer belt feeding coal into one of our power stations. A new cleaner source of fuel would seem to be a tremendous idea. South Africa has the fifth biggest reserves of shale gas in the world. But, are we going to have to convert all our existing power stations to operate on gas? Or, are we going to begin building new power stations? As Carte Blanche documented last week, it is obvious from the cooling tower debacle, that we cannot maintain adequately what we already have, never mind building and introducing new technology in the electricity industry.
People claim that fracking is a more sustainable energy solution and that it would significantly reduce South Africa’s greenhouse gas emissions. Our filthy coal releases high levels of carbon dioxide into the atmosphere. However, although natural gas may burn cleaner, there is a danger that fracking may release methane into the atmosphere which is far more potent than carbon dioxide.
I am still wondering about this water in ‘the Land of the Great Thirst’?
Apparently the first 24 exploratory wells alone will require 57 MILLION gallons of water! It has been suggested that desalinated sea water be piped to the wells, or water from the Orange River be utilised, rather than depleting local water supplies. Yes, I think, great idea! Although isn’t desalination very expensive and power hungry? And what happens if the pipes fracture or worse yet ‘vanish’ into the black economy???

And, what happens to all this sandy, briny, toxic water after it has been used? If fracking in America is anything to go by, there is a strong possibility that chemicals may leak into porous rock, which could affect thousands of hectares of land for many years. Radioactive particles could also pollute groundwater, which is already scarce in the Karoo. Local villages are already vulnerable to water shortages, often depending on a small number of wells for drinking, washing, and irrigating. Without fracking, South Africa is projected by some to run out of water by 2025. And that is without fracking!
I think about these farms and villages with their quiet, traffic free, single track gravel roads. This tranquil, peaceful heartland that has existed for centuries is going be be obliterated by this new noisy, lorry-laden, polluted industrial wasteland.

And what about those that have no voice? The unique plant-life and animals that run free in this glorious land of ours. Who is going the test their water? Tell me! Who?
Also, Shell wants to frack in an area which conflicts radically with the placement of an enormous radio telescope. This telescope represents a $1.87 billion investment, and can only work if placed far away from industrial activity. I pray the telescope doesn’t get turfed to one side, while the “far more important” fracking takes precedence!
What scares me is that this whole situation is not going to be looked at objectively. One hundred percent of the rights to “frack” are in the hands of the South African government. And my faith in that is minimal! All rational, logical, sensible reasoning is going to be ignored because of…..money!
Who would have thought that passing through the Karoo on a rain splattered day, would have resulted in me becoming so much wiser concerning the F word – Fracking!
I think Russell Gold completely sums up my feelings.
“Fracking ensures that the age of oil and it’s princely hydrocarbon cousin, the natural gas molecule will not end because we have run out of fossil fuels. But it may end because burning these wonderful fuels puts the planet farther down a path we don’t want to head down”
― Russell Gold

If you have the opportunity to watch the documentary ‘Unearthed’ by Jolynn Minnaar please do!
Click here to link to its official trailer
*

The beautiful art in this blog is the work of Karoo artist Lisl Barry – www.lislbarry.co.za 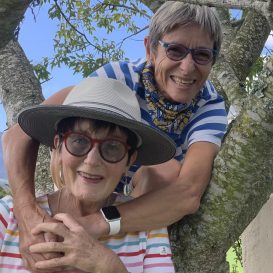 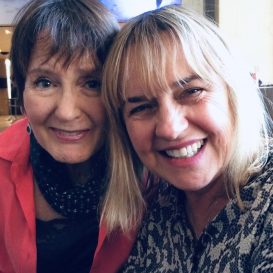 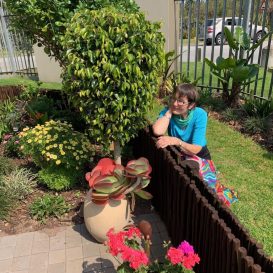 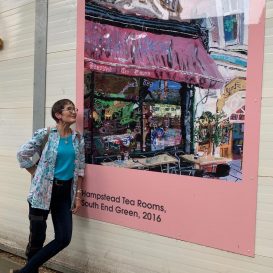 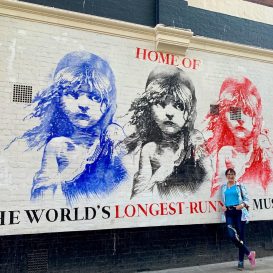 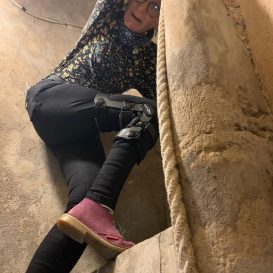 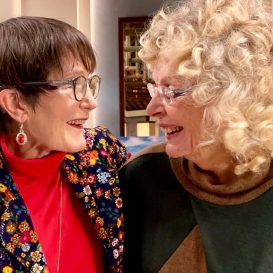 Gaynor, thank you for a well thought out, lucid, relevant, heartfelt piece of writing. Many other articles on this controversial subject have been so technical that they mainly served to confuse. I really appreciate your thoughts.

Jan, I knew very little on fracking until I tackled the subject. Finding out about it had me hooked! It is actually an incredibly interesting subject. Thank you for reading my blog!
With a warm smile I kiss your eyes
Gaynor

Hello Gaynor. Thanks taking a moment to share your thoughts on fracking. Time for all of us to get real in this country – seems like we will leave nothing behind for our kids other than a wasteland, financially and ecologically.

My thoughts exactly, Judith! We must keep on speaking out about issues like this!
Thank you for reading my blog. With a warm smile I kiss your eyes
Gaynor